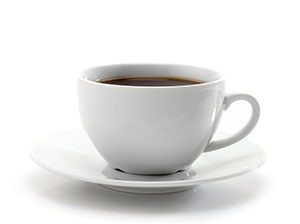 Coffee fanatics are less likely to develop the most common type of skin cancer, a new study found.

The study of nearly 113,000 men and women found those who drank three or more cups of coffee a day had a 20 percent lower risk of basal cell carcinoma than those who said no to Joe.

“I think we’re seeing more and more evidence for the beneficial effects of coffee consumption,” said study author Jiali Han, associate professor of dermatology and epidemiology at Boston’s Brigham and Women’s Hospital and Harvard School of Public Health, explaining that java has also been linked to a reduced risk of diabetes and Parkinson’s disease. “I wouldn’t recommend drinking coffee solely based on this work, but it does add one more thing to the list.”

The study, published today in the journal Cancer Research, sheds new light on a skin cancer that affects 2.8 million Americans each year.

“It’s not a lethal disease, but the associated health care cost is substantial,” said Han, describing how the slow-growing skin cancer can be cured if caught early. “Even a small decrease in the incidence will have a huge benefit for individuals and society.

Drinking decaffeinated coffee did not have the same benefit, pointing to caffeine as the protective agent. Indeed, caffeine from sources other than coffee like cola and chocolate was also linked to a decreased risk of basal cell carcinoma, according to the study.

“Caffeine may help the body kill off damaged skin cells,” said Dr. Josh Zeichner, assistant professor of dermatology at Mount Sinai Medical Center in New York, explaining how exposure to ultraviolet light from the sun can damage skin cells’ DNA. “If you get rid of these cells that are damaged, then they don’t have the opportunity to grow and form cancers.”

Zeichner described basal cell carcinoma as “pearly papules” on the skin, often resembling a wound that won’t heal properly. Topical creams, surgery, and electrodesiccation curettage — a procedure that scrapes off the top of the tumor and burns the base — can cure the cancer. But Zeichner stressed, “the best treatment is prevention.”

“Choose a broad-spectrum sunscreen, keep reapplying it, wear sun-protective clothing and avoid the sun during peak hours,” Zeichner said. “Protection is the number one defense against skin cancer, followed by really early detection.”

As for coffee’s role in skin cancer prevention, Zeichner said the findings are intriguing.

“We’re learning more and more about environmental exposures that can contribute to the development of skin cancers, or protection from them, and these include things in our diets. But this doesn’t mean you should go out and start drinking three coffees or a two-liter bottle of cola a day,” he said, adding that too much caffeine — not to mention sugar — can have harmful health effects. “We need to learn more.”